France have won the FIFA World Cup for the second time, in front of 78,000 people in Moscow. It’s not exactly a surprise, as they were many people’s pre-tournament favourite (Not mine, but what do I know?) and they gave a performance worthy of the title right when it counted most, beating Croatia 4-2. 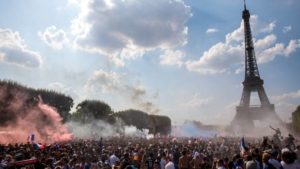 I would have loved to see a new winner lift the World Cup, but for poor little Croatia (their population is just 1/16 that of France) it was a game too far. Even though they dominated possession, they seemed to run out of energy and ideas.

France’s first World Cup victory was on home soil in 1998, where Zinedine Zidane was at his mercurial best and gave Brazil a lesson in the beautiful game. I watched that match with my wife and sister in a tiny village pub, drinking $12 beers, surrounded by a crowd of screaming French and Brazilian fans… in Norway. 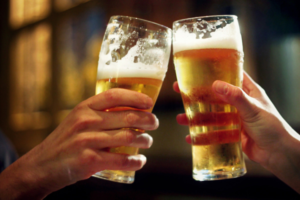 I love my pointless sports facts, so where we go:

This last one was pointed out by the English commentator as the match neared the end, along with a reminder that this was when England won the tournament by beating West Germany by the same margin.

We know, guys. We know. It was only fifty-two years ago. 😀