I first played Warcraft back in the day when it was a top-down strategy game, rather than the first-person, online behemoth it became later on. I even played the very first version, pitting my little orc and human minions against my dastardly enemies. 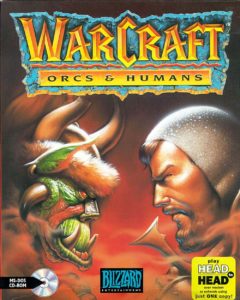 Warcraft: Orcs & Humans was the best game I had ever played. It had battles, rescue missions, assassinations, comedy, (gasp) multiplayer, a cool little mini-map thing, and ORCS—just like in The Lords of the Rings!

Then, twenty-two years and a trillion mouse-clicks later, that little video game became a movie. 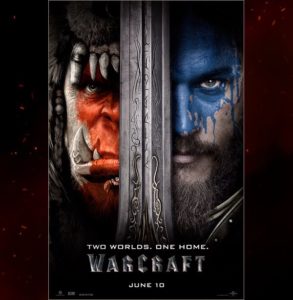 This looked pretty good, to be honest.

I didn’t see it. I was too busy and I forgot.

But, fast-forward another two years to just a few weeks ago…

“Have you seen the Warcraft movie?” Richard asked.

Well, let me tell you, Warcraft: The Beginning packed almost everything possible into its two hours and three minutes.

So many special effects you can see the money evaporate before your eyes!

A massive hook for a sequel that will probably never happen!

Almost everything except a decent plot, that is. A bucket-load of special effects cannot lift what is a dull, uninviting story built on cliches and caricatures. Which is a pity. Good fantasy movies are few and far between even today, especially ones with such a huge budget.

Warcraft: The Beginning seems to have been written by people who have read a book on how to write a fantasy movie, but have never actually read any fantasy stories. Fantasy storytelling is not about ticking off a series of (very) well worn tropes and genre cliches—it’s about people (human or otherwise). No amount of flashy magic and pretty costumes is a substitute for a character-driven story and emotional stakes.

However, I did quite like the CGI orcs, even though it was a bit strange that they were more lifelike, realistic, and interesting than the live-action humans.