Well, it’s 2019 already and that’s good. I think. Not that we have any choice in the matter. I hope you all had some time off over the holiday period and managed to enjoy yourselves, because now it’s back to what passes for normality.

The second half of 2018 was a frantic mess for me, and writing was forced to take a back seat to everything else, which was frustrating. Of course, my problems pale in comparison to what has been happening all over the world.

As they say, “May you live in interesting times”. 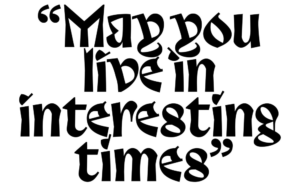 We can blame Austen Chamberlain for this one, apparently.

This clever curse has always been attributed to the Chinese, but there is apparently no known equivalent expression in China so it’s yet another example of “Fake News”, this time from the 1930s, which just goes to show that nothing is ever really new. If you’d like an (exhaustive) analysis and explanation try Quote Investigator.

It’s summer time on this side of the world so my holidays were spent trying to relax and recharge. Unfortunately, I’m not very good at relaxing as I get bored easily. 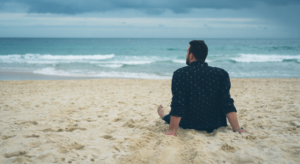 I’m told that a new year is a time to refresh and restart–so, new year, new goals. I wrote The Island for my youngest daughter, so I think it’s time to try something for my eldest. She’s fourteen now, so it will be something “young adult” rather than “middle grade” like The Island and A Song for Old Nel.